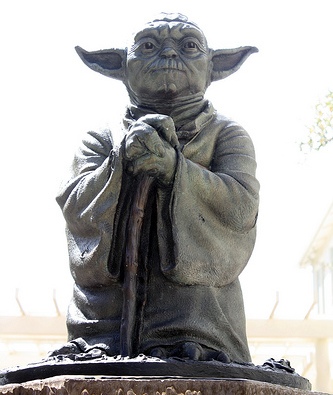 Where Do All The Old PR People Go?


A recent article in the Wall Street Journal about a 50 year old successful Advertising executive trying to “keep current” in his profession helped trigger an existential question that has been creeping into my conscience thought and haunting me over the past few years – “Where Do All of the Old PR People Go?”  It’s patently obvious when you walk into any PR Agency in the United States that there are only a handful of people who have actually placed a record on a turntable, stayed up late watching Jonny Carson, or who can fathom how people conducted business before e-mail.

As older PR executives look around, it can feel a little like the movie “Logan’s Run” (I just lost all readers under 25 with that reference) a dystopic future society, where both population and consumption of resources are maintained by requiring the death (death!) of everyone reaching the age of 30.  In the movie, death was euphemistically called “renewal” and the “old” person had a red light go off in the palm of his/her hand during their final days. The terrified old citizen was then brought to a public “carrousel” where they would go around and spontaneously and ceremoniously explode before an elated crowd.  However, there were, of course, those brave few that did not want to die. They were called “runners.”   In the case of PR that “renewal” age is somewhere around 50, and, like “Logan’s Run”, there are still some brilliant “runners” out there.  I hope they never get caught.

Frankly, the prospect of growing old and irrelevant at one’s job is not a particularly inspiring milestone to plan for or even talk about.  I suspect that is why I have never seen an honest article on the topic in my ~20 years as a PR practitioner.  But, unless you make it a mission to stay up-to-date, there will be a point in time where wisdom and experience intersect with stale ideas, colleagues rolling their eyes at team meetings and an inability to remember where you put your Palm Pilot.

How exactly does a PR executive stay current and relevant at their craft? Like Doug Gould, the “old” advertising executive featured in the WSJ article, the most important rule—never rest on your laurels. The perception that you are stuck in a point in time that is long past is not an attractive quality to your clients or your colleagues.  Your client’s mission is to stay one step ahead of their bosses—and the market.  So, you may just want to keep the conversation about running blockbuster media campaigns for now-dissolved big pharma companies like Rhone-Polenc Rorer, Burroughs Wellcome and Connaught Laboratories to yourself.  And, any mention of tactics relied upon in the 80’s and 90’s—Video News Releases (VNRs), Facts Files (enormous accordion-sized files for journalists with background information) Press Kit mailings, Blast Faxing (yes, blast faxing)—will brand you as a serious old timer.

Your ability to take past experiences and knowledge accumulated over the years and channel it into a strategic, cutting edge campaign that leverages analytic insights and taps into multi-channel distribution channels – will ultimately win the day.  It’s really your work product and actions that matter—here and now—and how you rise to the challenge.

Though I’m a few years younger than Doug Gould, we both had the same instincts about how to approach the next phase of our Agency lives.  First, he understood that staying isolated as a senior executive at a mega-firm would ensure that he would remain out of touch when it came to the latest marketing techniques.  He moved to a mid-sized firm where he would—out of necessity— be more hands on. Where he would not only manage, but would also get his hands dirty in client work.  Second, he embraced and stayed current on new technologies and educated himself with courses and technical implementation for clients, and incorporated this in all of his work.

I had an old boss— also on the back nine of his career—who once said to me, “Things aren’t changing…they have changed. And unless you change too, you are irrelevant”.  He didn’t say it to be mean. It was a fact.  I would add something else to that thought— as a 40+ PR practitioner: there is a prejudice or presumption that you are not well-versed in the latest digital and social media platforms.  You actually have to stay a few beats ahead of the latest trends AND be able to put those trends into context to demonstrate strategic wisdom.

Finally, even if your own firm is kind and lets you hang around and maintain the role of “wise, slightly-out-of touch” elder of the firm, understand the disservice that you are doing to them in exchange for their graciousness. Your direct competitors have a technologically competitive mindset, as well as your best clients.  You owe it to your company, as well as your account roster, to stay ahead of the game.

How do you plan to stay relevant and employed in communications through the back end of your career?