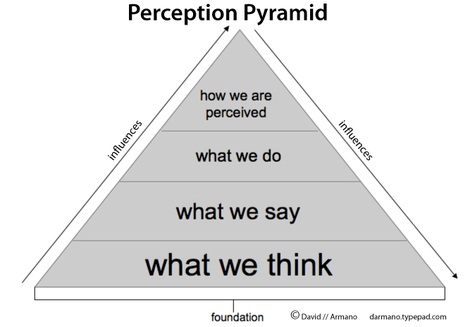 What Your Phone Says About You…Perceptions Matter


As marketers and communicators we are acutely aware of the importance of what others think. We counsel our clients on how best to project themselves, their companies and their brands, so they become industry thought leaders and smartly grow their business. Whether executing a new communication strategy or evaluating a media relations opportunity, we dissect the who, the what, the why, the when and the where on projects large and small in an attempt to positively position our clients and their services before their respective audience targets. We create perceptions and we change them. And, if we are smart, we heed our own advice, too, when and where we can.

It is through this lens that I read with interest Nicole Perlroth’s article, The BlackBerry as Black Sheep, in this week’s New York Times. The gist of the story is this: BlackBerry users, those once considered to be the high-powered executives and the sophisticated A-listers, are beginning to feel like second-class citizens and technology outcasts in an increasingly iPhone and Android world. Perlroth writes that BlackBerry users have become a “magnet for mockery and derision.” Ouch!

The dramatic and widespread use of Apple’s iPhone and Google’s Android devices have catapulted these two brands to more than an 85% share of the U.S. smartphone market (Android is #1 and Apple is #2). From a market-leading 50% share just three years ago, BlackBerry clings to a very distant 5% market share today. Ouch again!

What happened? It really has been a confluence of factors, some within but mostly beyond the BlackBerry’s own doing. While they can control how they innovate, and the speed and frequency of next-generation products they bring to market (they have faltered at both), Research in Motion (aka RIM, BlackBerry’s maker) really cannot control public perception. Or can they?

Apple did. After rolling out a bulky Macintosh computer in the late 1980’s, the company fumbled subsequent computer upgrades and also dabbled with digital cameras, audio players and televisions. The public had a hard time figuring out what the company stood for. Apple’s market share and value plunged. But with equal parts innovation and a marketing strategy that is the envy of the profession, Apple regrouped and went on to launch the iPod, iTunes, iPhone, iPad and numerous Mac computer models. They have been riding the wave of positive public perception for years. Fortune Magazine named Apple the Most Amired Company in the World from 2008 to 2012.

Google purchased Android Inc. in 2005, and unveiled the first Android-powered phone in 2008. Two years later, the brand had become the world’s leading smartphone platform. Mindful of the need to stay relevant in the marketplace, they rebranded the Android market as the ‘Google Play Store’ earlier this year and broke down the walls surrounding their content offerings (music, movies, books, apps, etc.). Today, there are more than 675,000 apps available for the 500 million Android devices, and the estimated number of applications downloaded from Google Play is 25 billion. Despite last week’s earnings shortfall and earlier-than-expected public release, the company is in position to rebound and is said to be on track to generate $8 billion in the coming year. Sure, their perception took a hit, but it remains essentially positive.

Interestingly, both brands continue to be both mindful the perception game, and have scheduled media events in the coming days to unveil their latest innovation. And, what’s more, they are both smartly teasing public perception in the run-up to their events. Apple is claming “we’ve got a little more to show you,” while Google is suggesting “the playground is open.” We will be watching.

We get the perception thing at Bliss. We recently did for ourselves what we routinely do for our clients, when we re-launched as Bliss Integrated Communication. My colleague Elizabeth Sosnow detailed our experience in her recent post, Why We Are Turning Our Back on PR. We used to be BlissPR, but not anymore. As both the perception and the practice of PR has changed so significantly, we made a concerted effort to reposition ourselves in our own industry for, as Elizabeth writes, “who we are now – not who we used to be.” I am pleased to report that public perception of our new branding has thus far been overwhelmingly positive.

Who knows if it is too late to change the perception of the BlackBerry. Its epitaph may already be written. Or, perhaps there exists a window of opportunity for this once iconic brand to recognize that perceptions really do matter, and they adapt their business and marketing strategies accordingly. We will be watching for this, too.