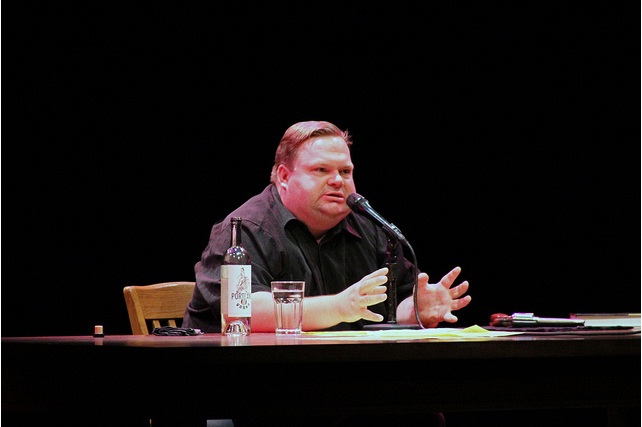 Trust: That’s All There Is


I came out of New York’s Public Theater after seeing Mike Daisey’s “The Agony and Ecstasy of Steve Jobs” on March 2nd and immediately tweeted that the show “is a must-see get to the Public Theater as soon as you can!” I was struck by the fact that this actor had used journalistic tactics to get at a story of the horrible working conditions at the factory of an Apple supplier in China.

In light of the news that Daisey fabricated significant parts of his monologue, I, like thousands of other theater-goers, feel duped, disappointed, even distraught.

As a longtime journalist who grew up in the Forbes Magazine fact-checking pool–where reporters were fired for getting their facts wrong–this incident with Daisey stuck me hard. I so wanted to believe his story. Just as I so wanted to believe Janet Cooke’s Pulitzer Prize winning Washington Post profile of the life of an 8-year-old heroin addict published in 1980. Or Oprah Winfrey’s Book Club selection “A Million Little Pieces” about overcoming drug addiction by James Frey. Like Daisey, Cooke had beautifully spun a compelling and gripping story that raised the public awareness of a worthwhile cause. Unfortunately, Cooke’s story was fabricated.  So was Frey’s.

These stories remind me of something I learned from my days at Northwestern’s Medill School of Journalism. You can never take for granted, nor abuse, the trust that your readers implicitly give you. I also learned, that as a member of the Fourth Estate, my stories were only as good as my sources. As a result, I became very discerning, even critical, of story ideas that were pitched to me. I wanted to find my own sources for stories, because I knew that the due diligence bar I had was much higher than anyone else had for a source. If I vetted them, I knew I could trust them.

So now, as someone who helps other people tell their stories as a media strategist through thought leadership, social media and content creation, I have a very high bar to make sure the information is accurate. My integrity is all I have as a professional. Whether you’re an actor, a journalist, an author, a financial services executive, or a media strategist—trust is the foundation of any business.

I trusted Daisey. He told his audience that he experienced the story he shared with the audience. So did Cooke and Frey. Unfortunately, I am finding that there isn’t a foolproof strategy to protect the public from those who are determined to abuse our trust.