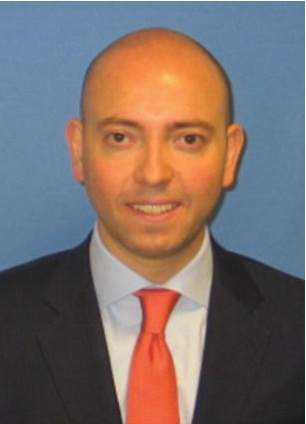 
Did the Goldman Sachs exec who staged a movie-like departure destroy his and Wall Street’s brands in one fell op-ed?

When 140-characters or less scores you millions of fans or spawns countless enemies overnight, it was a 1,200-word New York Times op-ed written by Goldman Sachs executive Greg Smith that turned him into one of the most (in)famous men on Main Street and Wall Street this week.

Some of the lighter media coverage has compared Smith’s exit to the memo “Why I’m Quitting Tobacco” from TV’s Mad Men and the “The Things We Think and Do Not Say” mission statement from the movie Jerry Maguire. In both instances, though fictional, personal and company brands were killed, dead where they stood, pushing up daisies. You get it.

What about Smith? What about his former employer? What can he and we glean from what will go down in history as one of the most notable curtain calls the financial community has ever witnessed?

Big picture – he’ll be lauded as the good guy because of the post-financial crisis public opinion of institutions such as Goldman Sachs, a perennial “bad guy” these days. He couldn’t have timed his outcry any better.

Though a Bloomberg TV commentator says, “He’s toast.” Sure, it was a Benedict Arnold move, or as TV personality Steven Colbert called Smith, a “Bankerdict Arnold.” Smith burned a big bridge, but why wouldn’t a private partnership hire a capable professional who is so obviously committed to client services, the foundation of most businesses?

Think about the positive public relations benefit to the business that claims him from free agency. That’s apart from the trusted client relationships Smith, once a full-scholarship student at Stanford University and a Rhodes Scholar finalist, likely has to take with him wherever he lands.

2.      What happens to Goldman Sachs’s and Wall Street’s reputations?

Billionaire investor Warren Buffet said, “It takes 20 years to build a reputation and five minutes to ruin it. If you think about that, you’ll do things differently.”

Goldman Sachs market cap took a $2.2 billion hit on the trading day when Smith published his op-ed, but what about the firm’s brand?

Thus far, Goldman responded to the op-ed by minimizing Smith’s role within the firm and derided his claims on a broken customer service model. The firm pegged him as one disgruntled employee among 30,000 (we suppose content) employees worldwide.

Perhaps the future of not just Goldman’s, but its competitors’ brands too, is rooted in these words from Smith – “It astounds me how little senior management gets a basic truth: If clients don’t trust you, they will eventually stop doing business with you. It doesn’t matter how smart you are.”

More yes than no.

It seems Smith is planning to leave the industry altogether given how he opted out of his gig. Then again, it might not matter what career path he takes from here. People may find it difficult in any business to trust a guy who would so conspicuously pan his employer.

On a job interview, it’s a standard question that usually warrants and receives a canned response: “Why are you looking to leave your current employer?” Most people say, “For a better career opportunity” not “because my boss is a fool (even if it is true).”

None of it might even matter to him personally. Smith will reap the financial benefits of a book or movie deal. Worst case: he’s got a future in PR for knowing how to secure a major media opp in a top-tier newspaper.

And for what it’s worth, life worked out for one-time authors Don Draper (Mad Men) and Jerry Maguire.