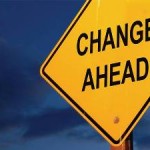 The Challenge of Change: Tell a New Story


Last month, I attended the Association of Management Consulting Firms’ (AMCF) seminar on innovation. Like many consultant gatherings, the event featured high-profile panelists from industry, academia and publishing.  But unlike many such gatherings, the tone was highly pragmatic. And the questions raised were ones you don’t often hear: “In today’s hyper-competitive market, is there such a thing as too much innovation? How much large-scale change can an organization handle?”

The consensus was “less than many of us think.”

That’s because large-scale change is hard and demands extreme focus and discipline. Chris Trimble from Dartmouth’s Tuck School of Business and author of The Other Side of Innovation argued that, while the creative side of innovation (i.e., break-through ideas) gets all the attention, execution is what determines success or failure. And companies aren’t designed to execute change.

To do a good job of change execution, Trimble argued, companies must build careful alliances between the “old” and the “new.” And this requires a fair amount of focused attention. It also requires a culture of disciplined experimentation.

Bridget A. Van Kralingen, General Manager, IBM North America, took Trimble’s argument one step further. At any given time, companies – even world-class organizations – can only digest one or two large-scale changes, she asserted.

Large-scale change takes a toll on an organization and requires significant resources (tune, talent, money, emotions) to execute. That’s because it requires companies to “tell a new story about themselves,” noted Jack Kliger, former CEO of Hachette Filipacchi and acting CEO of TV Guide.

Essential to “telling a new story” is customer feedback. If you allow internal politics to shape your story, you’ll fail, Kliger said. Also essential is simplicity and focus. “It’s incumbent on us to make change more digestable,” Van Kralingen asserted.

In the end, focus and simplicity were the themes of the evening. “Great management ideas are more about simplicity than addition,” said Niko Canner, SVP of Booz & Co. “Leaders need to help us strip away so that we can focus.”

What’s standing in the way of your company’s innovation? What is the story you’re telling? How must it change to support innovation?