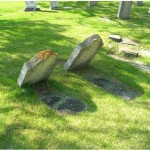 
I’ve worked in Public Relations for roughly 4,560 days. And during every single one of those days, I’ve spent some time trying to land that major story in The Wall Street Journal or Fortune for our clients. I love the power of digital PR, but guess what? Most of my clients still want to be quoted in the journalism blue-chips.

It turns out that it’s not just my clients that care about “old media.” It’s all of us.

In a recent experiment, Pew Research Center found that 92% of new content in one American city was fueled by traditional media. Bloggers are believers, too. They link more than 90% of the time to newspapers/”old media” to support their story.

Amy Mitchell of Pew’s Project for Excellence in Journalism shared some other surprises during her September speech at Worldcom’s Americas Region Meeting:

Interestingly, Mitchell believes that the future of news may well depend on news organizations’ ability to accept the “new citizen’s” ease with raw data. Consumers are increasingly comfortable with sifting through the information themselves.  In that environment, media “survivors” will start transforming journalism into a service that offers “sense making,” aggregation, empowerment and partnerships.

So what are the implications for PR professionals? Nurture your relationships with mainstream media, since smart journalists undoubtedly still have a major role to play in news development. But recognize their job is changing – just ask John Byrne why he stepped down as Business Week editor to start Poets and Quants.

Do you agree with Pew’s data on reporters? Will it change how you evaluate your own public relations objectives?