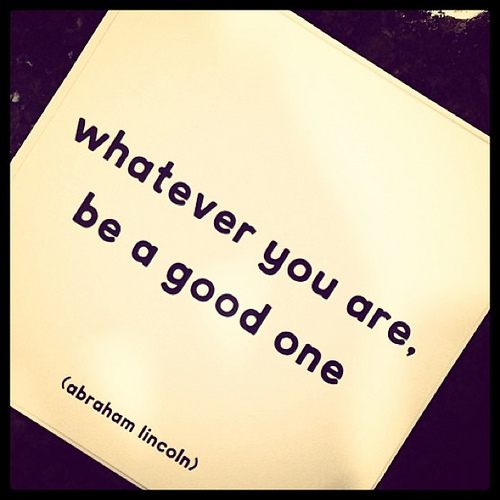 Resolutions Aren’t Just for People: Four Communication Pledges for Your Company in 2013


The beginning of a new year offers tremendous opportunity for individuals to pause and reflect on what the past year has brought, and commit to resolutions to improve themselves during the coming year. While companies are often busy working against their sales goals and strategic imperatives, this is also a good time for them to engage in a little self-reflection and make institutional resolutions.

Below are the resolutions I believe companies should make for the coming year:

Plan for a lasting legacy – Seems like a no brainer, but you’d be surprised at the number of companies I see engaging in short-term programs or communication efforts designed simply to boost sales or stock prices or because they are simply being reactionary. These are temporary fixes that won’t serve the company in the long-term. One of the most important things a company can do is to develop a vision of what it wants to be known for and how it serves its market. This vision should then become the litmus test for all potential programs, activities and communications. If you work from a place of authenticity and integrity, the sales and stock prices will come, the need to be reactionary will diminish, and people –customers, investors or employees – will stick with you through good times and bad.

Case in point: I was once asked by a health services company how it could be seen as a friend of the physician. My response? “Quit suing physicians.” I was met with stunned looks and protests. A similar issue played out this week with AIG, which found itself the center of controversy for running a “Thank You, America” campaign at the same time it was considering whether it should join a lawsuit against the U.S. government over the bailout that kept it from bankruptcy.

I understand the rationale behind the steps both companies have taken, but the reality is that communication teams aren’t miracle workers. A company can’t say one thing while doing another and expect credibility. Decide what you want to stand for and – as obvious as this might seem – actually stand for it.

Lose the weight – And by weight, I mean programs, plans and communication activities that no longer serve you. So many companies try to be all things to all people or communicate with people through all channels. Ultimately, this only results in a dilution of resources. You are far better off doing fewer things very well than being mediocre at a lot of things. Sometimes it can be difficult to move away from something that you have put so much time and effort into, but the benefit in the long run is the ability to use increasingly limited resources in the most effective ways possible.

That’s not to say that you should drop your social media campaign if you don’t see results in the first three months of a program. While a lot of companies like to create test pilot programs, social media – just like any form of communication – actually takes time to gain traction. If you are going to commit to a communication program, then be willing to see it through for a pre-determined amount of time that you agree to with your communication team or agency.

Take more risks – For the last several years, American workers have been told that now is not the time to play it safe. To be employable in the long-term through the economic downturn, you have to be willing to take risks. Those who tried to keep status quo were told that status quo wasn’t enough anymore. Likewise, companies should be looking at how they can break self-imposed molds and experiment with new approaches. From a communication perspective, this could be anything from starting a blog to joining Facebook or Twitter to deciding to educate consumers about what your company does even if consumers aren’t your primary audience. There should always be an end goal in mind for whatever communication program you take on, but don’t limit yourself to the time-honored marketing communication channels. The world is rapidly changing, and you need to change with it or be left behind.

Look outside yourself – Just like people, companies can fall into a rut. It’s easy to become myopic and see only the bounds of your own company. Ultimately, this won’t set you up for success with your customers or potential customers. You need to look at yourself from the outside in. Or, if you think you can’t be objective about it (which many can’t), hire a company that can do it for you. What do your customers think about you? What are the needs of your customers? Do your products or services fill those needs? Do you use the same language your customers use? Do you know their pain and respond to it? As I have said before, listening is key to any communication campaign.

This is by no means a comprehensive list, but a good start to the resolutions Iwould like to see companies make. What resolutions would be on your list?