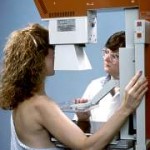 
Most women frowned when they read the government’s new mammogram screening guidelines, which suggest that “less is best.”  According to Dr. Larry Norton, Director of Breast Cancer Programs at Memorial Sloan-Kettering Cancer Center, mammography compliance among women is already lower than it should be – and the new guidelines are likely to drive the numbers lower.  Currently, one-third of women fail to get screened every two years – let alone every year.

That’s a medical problem – as well as a communications issue – because mammography is proven to reduce breast cancer mortality.

Unlike ovarian cancer – for which there have been no large studies that demonstrate that screening saves lives – breast cancer research is conclusive, according to Dr. Michael Seiden, CEO of Fox Chase Cancer Center.  Breast cancer is 10x more common than ovarian cancer, and mammography has three decades of clinical data behind it.

As a result, “the guidelines tell an incomplete story,” notes Dr. Norton.  “The math is defensible, but it’s 10 years old.”  What the guidelines don’t take into account is the number of women who will be diagnosed with larger tumors – requiring radical surgery vs. lumpectomy – as a result of later-stage detection.

Later-stage detection may also prevent women from taking advantage of two very promising new therapies, which target small tumors and pre-invasive cancers.  One such therapy involves gene sampling in small tumors to determine which cells are responsive to chemotherapy.

Another test (currently in animal trials) may allow doctors to detect – and treat – early stage breast cancer by identifying wandering (or “self-seeding”) cells.  Self-seeding cancer cells are believed to enter the blood stream (but not the lymphatic system) before metastasis occurs.

Among the other Questions and Answers:

Question: Are ultrasound and thermography as effective as mammography?
Answer: No.  Mammograms detect calcium deposits and lumps.  Thermography and ultrasound only detect lumps.  Ideally, we want to find cancer before tumors form.

Question: Is chemotherapy for ovarian cancer more effective when delivered directly into the abdomen vs. intravenously?
Answer: Results are roughly the same.  Randomized studies show slightly better results for abdominal chemo.  But complications – often resulting in treatment interruptions – are also higher with abdominal vs. intravenous chemotherapy.

Question: What about cancers linked to BRCA1 and BRCA2?
Answer: There are exciting new therapies currently in clinical trial.  At the moment, the treatments appear promising and relatively non-toxic.

In a field where data and discoveries are changing at an exciting pace, do the “new” guidelines tell a complete story?  What are the take-aways for clinicians?  For communicators?