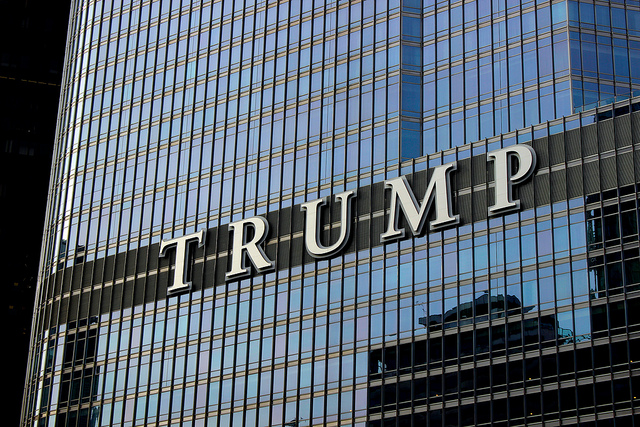 
Throughout my career in B2B communications, I’ve advised clients to keep their personal political biases to themselves and to avoid partisan commentary at all costs. And unless you have something meaningful to say—thoughtful analysis that ties in to your business goals—stay away from controversial issues.

But the old rulebook doesn’t apply under a Trump presidency. Trump’s polarizing style requires communicators to rethink our reticence. We need a new set of rules to play by.

Here’s the real challenge, from a B2B communications perspective: You have to talk about Trump, or you won’t be able to say much of anything. It’s a scary prospect: How do you talk about the current administration without unwittingly stepping in it?

Do you know what definitely won’t work? Ignoring reality. Imagine if a client asked what a new policy proposal meant for their business, and your response was “I’m not in a position to answer that.” Change is in motion, and if you want to share meaningful insights, you need to be able to say something about it. And if you don’t have a perspective, it’s past time to start thinking about one.

The easiest way to approach a new political development, whether it’s possible de-regulation or the repeal of the ACA, is to think like a doctor. When discussing a patient’s blood test, a doctor explains what the results indicate, how symptoms may express themselves and all the upsides and downsides of treatment, if necessary.

For businesses, it’s a shift in mindset: you’re not speculating or predicting the future, you’re examining possible scenarios and outcomes. You’re providing a thoughtful diagnosis. What you’re not doing is passing judgment. Whether you’re overjoyed or despondent that Trump withdrew the U.S. from the TPP isn’t relevant. What is relevant is the consequences to your business and your investors and clients.

3. Facts are still facts. But they no longer speak for themselves.

The new buzzword “alternative facts” doesn’t lower the standard of honesty and accuracy in corporate communications. To quote last week’s statement from PRSA, “Truth is the foundation of all effective communications.” It’s never easy to relay disappointments or mistakes, but transparently providing information, both good and bad, is critical to maintaining trust.

However, one clear takeaway from the election is that feeling can be more powerful than fact. This doesn’t mean you should start talking about feelings and stop talking about facts, but it should change the way you think about presenting factual information. Statistics aren’t nearly as persuasive as storytelling. Data needs to be part of a larger narrative to engender empathy.

There is a difference between a business staying “politically neutral” and participating in policy discussions that transcend politics and touch on issues of ethics and morality. In the Huffington Post, Korn Ferry’s Andres Tapia wrote that companies “must act according to self-interest, considering what is best for their brand and place in the market. Given this, the bar is set very high on when company leaders feel they can and should weigh in on polarizing topics without risking a hit to their bottom line.”

Every organization needs to decide for themselves where that bar is set and when that bar should be thrown out the window. Ultimately, that decision comes down to what you want your business to stand for. Yes, it takes courage to publicly weigh in on a decision made by the new administration – especially when said administration may respond in a public forum – but in the long run, your brand reputation hinges on your integrity.