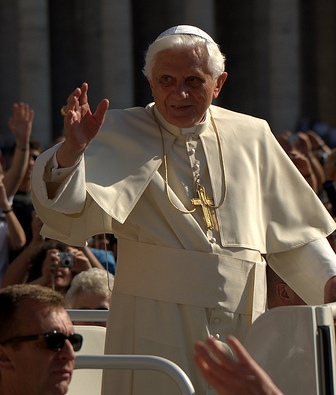 Knowing When to Call it Quits: What’s Your Strategic Communications Plan?


In a society where we are taught never to give up, it is striking that the spiritual leader of 1.2 billion Roman Catholics, Pope Benedict XVI, has decided to call it quits by the end of the month “because of advanced age.”

There is much that can be said about Benedict’s resignation, but the dominant thought that crossed my mind was the courage it took for him to do it. Like a Supreme Court Justice, we understand that the pope’s job is for life—in spite of health issues. All popes have died in office and we have watched their health fail. It makes me wonder how many others in Benedict’s position have also felt as he did:  “I have had to recognize my incapacity to adequately fulfill the ministry.”

There is a lot that the pope’s decision can teach us. To be sure, all of us have stretched ourselves at one time or another—sometimes beyond our own capabilities. It is vital to know our own limitations, but even more important is the ability to accept them and take action. That takes self-reflection and then a good look at what you see.

It isn’t hard to see how many of us in the business world could benefit from the way in which Benedict stood up to what was expected of him as well as the church tradition, and did what was right for his followers.  Even the honesty with which he communicated his message is something we can all learn from.

Many of us can likely think of C-suite leaders who would do well to do the same—but can’t.