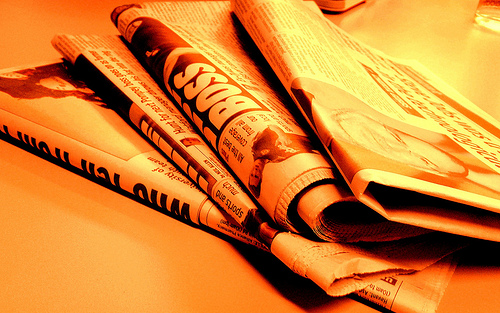 Journalism has changed, but it isn’t journalists who need to transition


As a longtime financial journalist, I was a bit taken aback when I read Mathew Ingram’s GigaOM Nov. 12 post: “The journalism we need is changing, but can journalists make the transition?”

It is no surprise that journalism has changed. I don’t want to get on my soap box and argue whether or not it is for better or worse—the changes to the industry are neither black nor white—there are certainly positive aspects to the “democratization of information distribution” and negative aspects to it.

It is true that some reporters focus providing on less-than valued-added content—commoditized information that can easily be acquired by any number of easy to access sources. For that information, I agree with the blogger “this kind of routine content has little economic value.”

But what I want to argue is whether or not the blogger asked the right question: “Can journalists make the transition?”

I took offense when he quoted Robert Picard, the director of research at the Reuters Institute for the Study of Journalism at Oxford, who said, “Unfortunately, many journalists do not evidence the skills, critical analytical capacity, or inclination to carry out value-added journalism.”

While not one to toot my own horn, I know that my background as an economic analyst and 22-year-tenure at Forbes, Businessweek, the Wall Street Journal, Reuters and MSN, led me to write analytical and value-added pieces. I would argue that my colleagues at these publications would say the same about their own work. In our day, journalism was relied upon to be the Fourth Estate, and we took that job seriously.

What happened was that journalism changed—but not the journalist. As full-time staffers at  major financial publications, my colleagues and I were expected to “feed the beast” and file content for five different distribution channels—our ability to do deep dives into meaningful and investigative topics was severely comprised. We didn’t have the time or the resources. But that isn’t the journalist’s fault.

I teach a course at City University of New York Graduate School of Journalism, and the students there are just as analytical and capable of carrying out value-added journalism as I have been over my career. The problem isn’t the journalist’s ability to do so—it is giving them the chance to do it. The model to deliver thought-provoking, critically analytical journalism is no longer available. That is what we need to change—not the journalist.