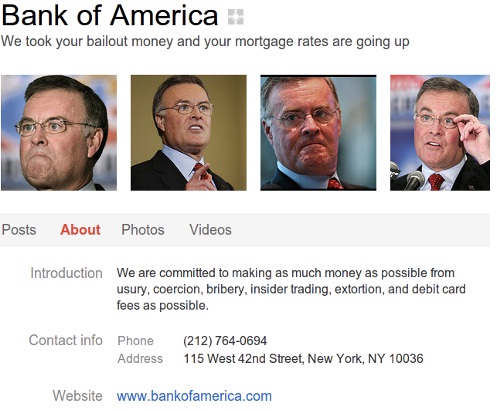 
The imposters have made their point. A very young Google+ is vulnerable to some misuse, especially when it comes to the social network’s business pages, which are just several days old.

This week, someone with an apparent distaste for Bank of America created a Google+ page that many visitors most likely dismissed as fake. For starters, it featured images of a man who hasn’t run the company in more than a year. And perhaps given the cheeky tone of the profile, it was just a chance to make a point. An IT World journalist certainly made his when he created a phony Disney page a week earlier.

Coincidentally, Google+ hosted a webinar “Getting Your Business on Google+” the afternoon the Huffington Post ran its story on BofA. (See also: Mashable)

The Google+ webinar is available online and includes guidelines on how to safely and securely have a commercial presence on Google+. Here’s a look at the basics:

Ultimately, the onus is on us, those PR pros, who use social channels to dispatch messages that drive the growth of a business, to understand the power of a tool that’s in its nascence. Tread cautiously in this space not just for the time being, but as Google+ evolves into what likely will become a virtual home base for a myriad companies large and small.