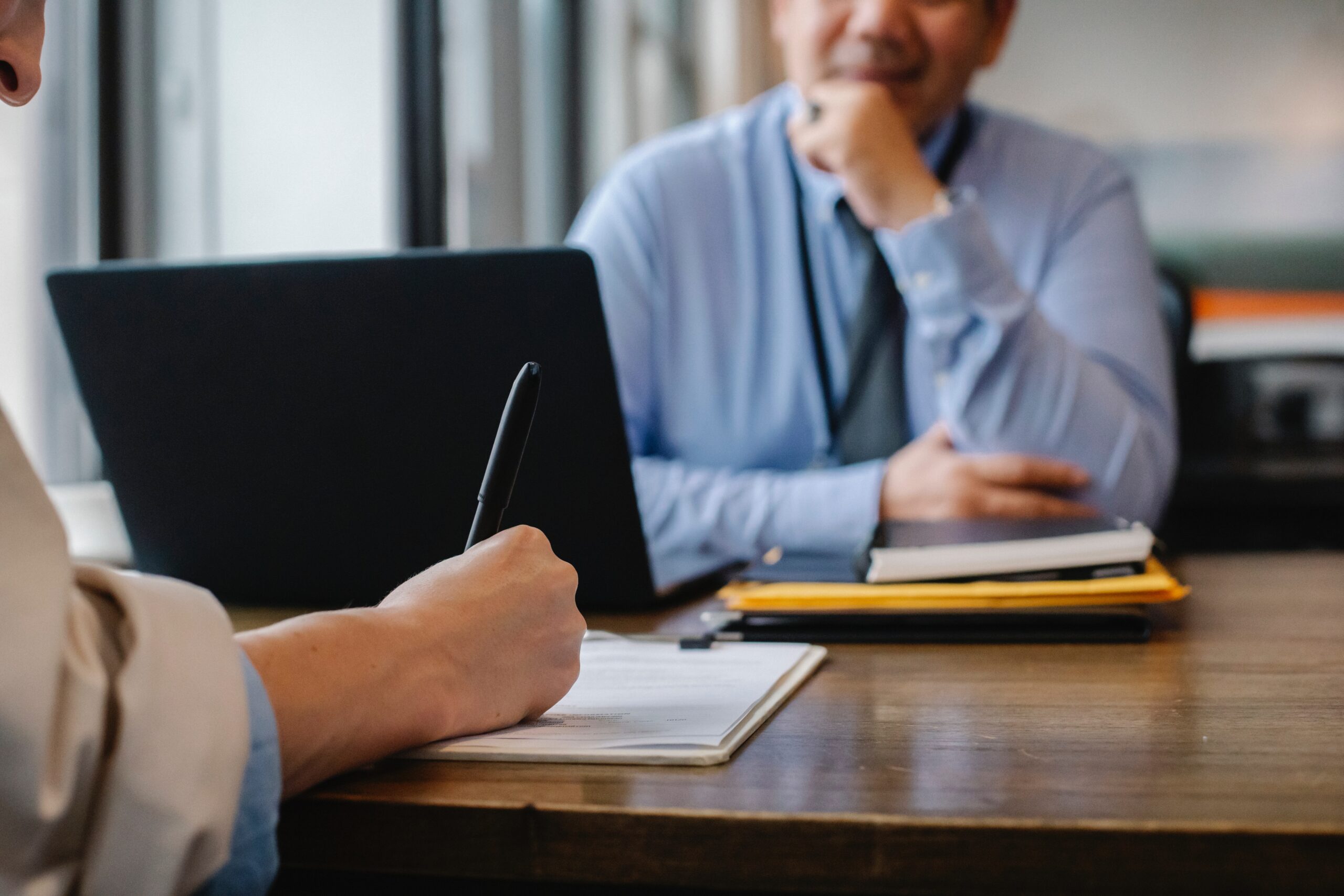 From Student to CEO: An Interview with Bob Pearson


During the Spring of 2022, I interned at The Bliss Group as part of a program offered by the University of Texas, where I am earning a degree in public relations. Part of my internship experience included the opportunity to interview CEO Bob Pearson about his career in the marketing communications industry.

I first met Bob in-person during the company’s offsite in February. From the very first words, he was friendly and kind. I was amazed by how easy it was to speak to him because, as a college student, the idea of meeting the CEO of the company one works for is quite intimidating. At the end of our conversation, I mentioned the possibility of an interview and he seemed very excited about the idea.

A couple of months passed by, during which I learned a great deal about Bliss and B2B marketing. As I was preparing for my last weeks of the internship, I ran into Bob in the hall. He asked me how everything was going and what I was working on. After a quick chat, we agreed to talk further during that long-awaited interview. Here is what Bob shared about his work and life after more than three decades in the communications industry:

Seiry: What initially drew you into the PR and communications industry?

Bob: When I was in college, I liked writing, so I became a communication major and started working for the school newspaper as a features and sports editor. I also got a job working at the Greensboro News and Record helping them in the sports section. I really thought I wanted to be a journalist, but then realized I just wanted to do something expressing myself through writing, which turned out to be communications.

Seiry: Can you tell me a little bit about your first job out of school?

Bob: I got a job in New York City working for a company called Carl Byoir & Associates, which is now part of Hill & Knowlton, but at the time they were the third-largest firm in the industry. They told me that they never hired people out of college, but I didn’t listen to them, and I sent them my stuff anyway. I ended up getting interviews and a job offer. One of the accounts I worked on there was a company called Cetus, which was a biotech company focused on cancer. I realized there’s something about healthcare that I just love, and a year later I moved to a company that is now called Novartis. I started doing product communications to launch new drugs and treatments for a variety of health conditions. I do more than healthcare communications now but that’s what my first agency job introduced to me. It helped me see what kind of work I liked, showed me there’s an industry that I loved, and let me pursue that in addition to writing. It also led me to think, “Maybe I should also get an MBA,” which I did. It was a normal MBA but with a focus on the pharmaceutical industry.

Seiry: So, was your first job what basically pushed you into getting an MBA?

Bob: Yes, it pushed me into getting that MBA degree, but it was also more than that. I just liked writing and I also liked psychology – I almost became a psychology major. I love understanding how humans interact and why. But I also really like business, so I almost became a business major. I asked myself, “Where can you do all of that together? Business, psychology, communications, and writing?” I realized it was communications. If you’re a good communicator, you’re already kind of a part-time psychologist in business and you know how to tell a company’s story – we kind of pull it all together.

Seiry: Now that I know a little bit about your background, let’s talk about your current position at Bliss. Can you tell me about a typical day for you at work?

Bob: Typical days don’t exist for me, but it’s usually about trying to solve a problem or figure out a solution for clients, so I’m thinking about building a campaign or coming up with a new idea. I usually get involved in trying to identify what we can do to give clients an edge in the market. That’s a very consistent thing that happens on many days. The other part is thinking through how we build the firm. How do we build a practice dedicated to financial services versus healthcare versus professional services? How do we make sure that we’re staffing up the firm correctly? How do we make sure that we’re profitable so we can pay everyone? And so on. There’s a lot of the mechanics of the business that I do every day and then there’s some thought leadership, as well. Today I was writing part of the book that I’m working on called Firm Beliefs, which will be my fifth one. It’s on how you build a great consulting firm. I’m reflecting on what we do every day that is useful and why. If you read the book, I would want you to say, “This is a great guide for my career.” That’s what my hope is in writing it.

Seiry: Adding a little bit to that, can you tell me what you enjoy the most about your job?

Bob: There are two big things. One is challenges that clients give us when they say, “We’re not sure how to do this, how would you do it?” That could be a positive one like reaching a new audience or it can be a negative one like an issue that we need to deal with. So that’s always fun to do. The second part is helping people’s careers blossom. As you get older, one of the rewarding things that you do is help people unlock themselves. That is one of the reasons why we use the key as our logo for The Next Practices Group, which is a partner of The Bliss Group. We want to help people become what they’re capable of being and that’s a lot of fun to do.

Seiry: Lastly, I would like to hear what your advice might be for me as a student. What else do you think I could be doing now before I graduate to prepare to enter the PR or advertising industry?

Bob: I would advise you to take time in the next couple of years to go deeper and learn even more about what applies to a firm, such as corporate reputation or issues and crisis management or analytics. The second thing is being able to express yourself, so learning how to present. You don’t have to wait until you are a certain age or take a class on how to be a public speaker. Just do it yourself with a couple of friends in a conference room because when you learn how to express yourself by speaking, it also helps you run a meeting and manage a phone call. A big part of being a consultant is understanding how to move a meeting or get people to believe in something or have the right conversation, so learning how to do that is a critical skill that most people ignore. They either say, “I’ll do that when I get older,” which is incorrect, or they think inside their heads, “I’m kind of scared about doing that so I will avoid it by not trying.” It’s not just for the communications world, but business in general. Then lastly, every year or two, find a passion or something you’re just really interested in and try to learn about it. Read books and go deep in understanding them. If you do that your whole life, you end up knowing quite a bit of stuff over the years.

Photo by Sora Shimazaki on Pexels8/