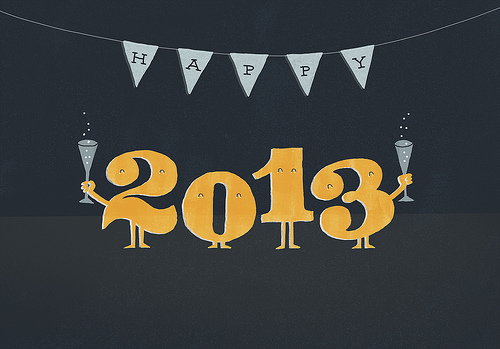 
The following is penned under the presumption that the Mayans are wrong.

Here is a list of 2013 PR industry predictions based on a recent water cooler poll conducted by yours truly in a certain Midtown office. The anecdotal feedback is spliced with observational mental notes logged during the last 12 months of client and prospect meetings, media consumption of every type, trade show handshaking and collegial drinks. This prescience has a particular focus on financial services, but you may find some of the themes to be universal in nature.

For years your clients have told you, thanks but no thanks. You introduce them to the new-age, new-fangled tactics designed to develop their business in a world of new media. New, new, new. But they weren’t having it. Next year will be different. Next year they will return your call. Sure, don’t expect them to engage in the most progressive exercises adopted earliest by those in consumer product-based marketing. Regulation and business complexities in finance obtrude most activity in this realm. These banks, asset managers and the like will be selectively excited about the infographic, which for many is so last season. The Twitter handle, which companies have been, in a word, handling for years, is just the beginning. Heck, most can barely even access their personal email accounts, let alone Facebook. The  New York Times reported as much: http://dealbook.nytimes.com/2012/11/22/banned-on-wall-street-facebook-twitter-and-gmail/?hpw

News Corp. took SmartMoney all digital. The Daily Beast shuddered Newsweek. Bloomberg may buy the Financial Times (http://www.nytimes.com/2012/12/10/business/media/weighing-the-financial-timess-worth-in-the-digital-age.html?pagewanted=all&_r=0). Not even the people who report the news know what’s coming next in the media business, but suffice it to say, disruption in this volatile realm will persist over the next 12 months. This has and will continue to create opportunity for markcom professionals and our clients. Limited resources in the editorial business create an opportunity to make contributions that afford a chance to control a business message. That can come in the form of say a recurring blog or a web-video series. Having such influence with the media poses less of a business risk. (See also: “10 Key Takeaways from Post Industrial Journalism) http://www.huffingtonpost.com/craig-kanalley/post-industrial-journalism-takeaways_b_2233808.html)

Whether it’s that the cameras now have access to places that were once closed to the public eye or whether it’s a high-powered executive’s willingness to let said cameras into a room. We must admit that we’re seeing more and more media-facing top brass from America’s most public and private institutions that have traditionally erred on the side of conservatism. Be it in dead tree or digital and social form, business leaders are acknowledging its value and participating in the activity. Mashable reports: http://mashable.com/2012/05/24/ibm-ceo-social-media/

Any idea you conjure from a two-hour brainstorming session has a home on a mobile device. It’s true, especially in a time where everyone is now more than ever before married to their phones of either the flip or smart variety. It’s all mobile and will continue to be so. Experts have argued that by 2015 web users who currently access certain tools online likely will look first to mobile devices to access that same tool. In the case of financial services, investment calculators, guides and trading tools are among the features that will make the best use of mobile. A Forbes contributor sort of said so: http://www.forbes.com/fdc/welcome_mjx.shtml

And if you disagree with any of the above, let’s at least agree that change, in one form or another, is inevitable in our business. What do you say?