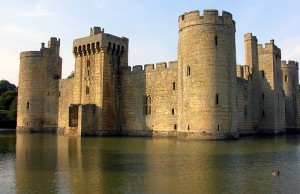 Can you trust a fortress?


Trust in financial institutions is at generational lows – of course it is. But one might think that, as the economy starts to lift, so will trust in its institutions. Nope. A November 2009 study by Maritz (client)  indicates that the number of people who say they “do not trust” their bank has actually risen in the past six months, from 23% in April of 2009 to 36% this month. It’s getting worse.

And only half – 51% — agree with the statement “I believe my bank acts in my best interest.” People are angry. They don’t believe what corporations have to say in general, and as the Maritz study indicates, many doubt that banks care enough to do the right thing by their customers.

It’s not just perception – it’s based in the reality of being a bank customer. Banks have the money, and we need them. If they charge a fee, we pay it. If we have a problem, we are put on hold. And bank management? The old adage “borrow at 3, lend at 6, tee off at 3” also signals that reality: profits are pretty much baked into a banks’ business model  and don’t require much to manage, other than raising fees and cutting costs. One doesn’t typically find the creativity or the customer differentiation or the business model innovation that we find in other industries. Of course part of that stems from regulation – but it’s also based on decades of fortress mentality.

If you live in a castle, what happens outside is not so worrisome. At last week’s “Critical Issues Forum,” hosted by the Council of PR Firms, a debate ensued among five expert participants and observers of American business around the question of whether we would get back to “normal” with a few good quarters or profits — or whether we might be facing a “complete reset” of the American psyche vis a vis business. Only one of the participants stated that he thought we were in the middle of a traditional business cycle and that “normal” was just around the corner. Which one? The representative from the financial services sector.

Can trust be regained? We think so. But not by ignoring the angry people on the other side of the moat.  We think it will take:

PR professionals can help their banking and finance clients if we can speak the truth about customer and stakeholder needs – in other words, be a proxy for the outside world – and suggest what new behaviors are required to correct a troubled (nosediving?) reputation.

What we might say to the reluctant leader: “Don’t be afraid. The worst has already happened. The rabble is in the courtyard and they want to hear from you. Don’t be afraid. Say something. Do something. Hear them. You have little, at this point, to lose.”

What would your bank need to do to regain your trust?