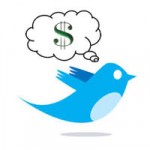 Banks’ presence on social media outposts has increased exponentially over the past six months. On Twitter alone, the number of financial institutions with accounts skyrocketed from 54 to over 710 between March and October this year, according to Visible Banking.

Many banks are highly interested and actively watching the social media world.  Bank of America and MIT media lab created the Center for Future Banking earlier this year to examine how social networks will transform the customer banking experience.  It’s clear social media is changing the industry.  But, engagement is a different story.  Regulations and compliance issues still hamper many banks from embracing the truly “open transparency” social media requires.

USAA and Wells Fargo are clear front-runners in being truly “engaged.”  They are the extroverts of the group, using a variety of social media tools – and each in a meaningful way.  They are answering customer questions, encouraging comments about new products or services and posting “how to” videos on YouTube.  As a result, the “Jane Q. public” user gets a generally positive, customer-friendly impression of the banks.

On the contrary, Citibank and Chase are the least engaged banks in our analysis.  They are using few social media tools, and didn’t appear to be actively engaged with customers.  Negative sentiments and complaints were quick to bubble to the top of our online searches.

While our research only provides a cursory review of the situation, there’s enough proof in even our small sample that banks can’t afford to be introverts when it comes to social media.

Do the Risks Outweigh the Rewards?

Mashable recently posted a great story about the ways banks are using social media.  It quotes a bank spokesperson warning of the danger of potentially missing opportunities to mitigate risk by choosing not to participate in social media, and supported the use of a controlled and closely managed approach to social media as a way to be transparent with customers.

The bottom line with social media is that negative chatter happens about most companies regardless of their involvement online.  Being present enables you to minimize the negative, clarify facts and at least respond.  Being absent only fuels the distrust already out there among consumers about the banking world, and allows negative sentiments to build unchecked.

Now, more than ever, consumers are craving transparency.  They want personal connections with “large faceless banks.”  They want assurances that their banks are still strong, that they are being heard and their opinions do matter.

What do you want from your bank?  Do you expect them to engage with you online?

We’ll offer more on this topic in the weeks and months ahead – so stay tuned!