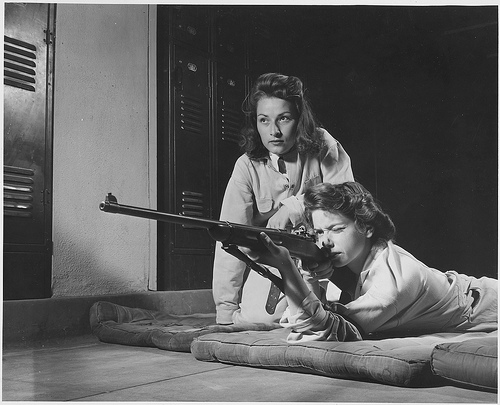 
My son and I disagree about proposals to ban guns and large sugary drinks.

On the surface, I believe unchecked access to guns and soda makes society less safe, less healthy.  According to The Atlantic two-thirds of all homicides in the US last year were caused by gun violence at an estimated cost-to-society of $100 billion. Sugary drinks are the largest single source of calories in the American diet and account for half of all added sugars Americans consume. Based on my own belief system, I applaud the voices in NY and Washington who are trying to curb our excessive thirst for things that put lives at risk.

My son comes at the issue more analytically. He notes that “laws to ban things that people want never work…at least in the US.” Pointing to prohibition, the war on drugs and local bans on contraceptives, he notes that such bans are expensive to enforce and typically lead to smuggling and safety problems.

After sorting our positions, I remember the lessons of behavioral economics. Channeling Ariely, Brafman, Kahneman, Lehrer, Thaler and others, I remind myself that “choice isn’t a rational science.”  When consumers “want something” – especially something we already have – we fight to keep it available.  Once we form an emotional connection to a product or service, we need to be persuaded (not told) to give it up.

Faced with widespread public and judicial resistance, Bloomberg tried to build acceptance for the soda ban by re-framing it as a nudge. “We’re not banning anything,” he said on CBS’ Face the Nation. “It’s called portion control. All we’re doing in NY is reminding you that it’s not in your interest to have too many empty calories,” he said. “If you want to have 32 ounces, just buy two 16 ounce cups.”

This re-framing is significant. There are certain technical decisions we delegate to others – FDA approvals, traffic laws etc.  But when it comes to things to which we have an emotional connection (e.g., guns, soda, savings, diet), we need to be nudged in the right direction.

Ironically, most of us want to be nudged.  We want help making smart decisions that keep us healthy, safe and financially secure.  But we’re triggered by the short- and long-term ramifications of legislators taking away our freedom to choose.

The debate over guns and soda has many analogs for me in my work with healthcare and financial services companies. As consumers continue to take on more responsibility (and risk) for making smart decisions about retirement savings, wellness, chronic disease management and long-term care, health and wealth advisors need to develop new models of “collaborative guidance” – models that help us act in own self-interest.

What are your thoughts on guns and soda?